Thomas "Tommy" Bates is a character featured on:Glee:Same Directions. He is a member of Midnight Carnival, which assists Musical Ambition in competittions.

He is in a band called Midnight Carnival. He does the lead vocals. His three best friends: Connor, Wyatt, and Spencer are in the band with him. They're not famous or anything but they are good. They're like a local band.

He acts dumb but he is really smart. He is very obnoxious. He is funny, eccentric, and fun to hang with. He can play piano, guitar, drums, and can sing.He can't keep a secret but can uncover anyone else's secret.

He was born Thomas Kyle Bates.He has an older sister named Kylee she goes to Juliard for dancing. His dad is dead and he lives with his mom. 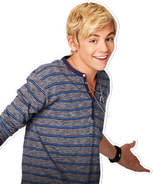 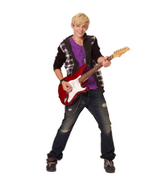 Add a photo to this gallery
Retrieved from "https://gleesamedirections.fandom.com/wiki/Thomas_Bates?oldid=9550"
Community content is available under CC-BY-SA unless otherwise noted.