Start a Wiki
Trenton "Trent" Michael Brown is a character on Glee Fan-Fiction: Same Directions.He is the boyfriend of Lena Garcia and the enemy of Tyler Collins and was created by SamcedesandKlaineForever.

He's a rebel and has a really bad attitude. He basically doesn't care about anything.

Trentdependence-When Lena leaves Trent he will become very depressive and feel like his life is nothing but with help from Ms. West he will learn that he has more to live for. At first he does this just to get Lena back but then he'll do it to be a better person. This proves that the glee club is changing him.

His mom is white and his father is mixed. He was born Trenton Michael Brown.Trent's father was married when he slept with Trent's mom. When she told him she was pregnant,he denied her and told her that he wanted nothing to do with her or Trent.

Trent's mom didn't do well with the rejection and soon became strung out on drugs.She's currently bouncing between rehabs.She tries to have a relationship with Trent and Tanya.Trent denies her and Tanya is iffy about whether to communicate with her.

Trent's father is a now a rich lawyer and still wants nothing to do with his son,because he cares about his career more. Trent use to want his father to care about him,but now he doesn't. He now hates his father for refusing him and his mom.

Trent has an older sister named Tanya from his mom's high school years. He now lives with his Tanya and her husband, Grant. Ever since Trent was little he has been a bad kid whether it was stealing from candy stores or graffiti or truancy. He has been in juvie twice. Trent smokes.

He lives with his older sister Tanya and her husband. He is in an on again off again relationship with Lena Garcia. He is enenmies with Tyler Collins. They have never got along and probably never will. He's forced to join the glee club and football team in Just Getting Started to avoid being expelled.

Lena is Trent's on again off again girlfriend. She is first introduced in Meeting The Students along with Trent. He is shown to argue a lot with her. Lena is often trying to keep him out of trouble and will do anything it takes to do that. It was implied in Finding Recruits that he and Lena are sexually active. They often have some romantic moments.

We first see Trent arguing with Lena. Natasha intervenes and a pissed Trent storms off.He's later seen when Tyler tries to confront him. The two argue and it ends with Trent pushing Tyler down and kicking at him.

Trent is first seen talking to Lena where he tells her he doesn't care that she's in the glee club. He's then approached by one of his friends and leaves to do something. He's next seen in Mrs. Morris's office where she's about to expel him when Lena intervenes and convinces Mrs.Morris to let Trent join the glee club. At first Trent says no and after Lena talks to him he reluctantly agrees. Lena and him go to audition and he performs In the End. He gets accepted but then Natasha gives him a warning about his attitude. He's later seen the next day stopping Lena from fighting Lucy along with Tyler. He's last shown performing Let's Get It Started and Get This Party Started with Musical Ambition.

Trent is first seen sitting with Lena in the music room. He's one of the people opposed of the duet idea.He tells Natasha he's not up for it  and walks out. Lena follows him, talks to him, and he reluctantly walks back in and participates. He's paired with Heather Sandford. Trent is next seen in Natasha's office where he tells her, he's quitting. Natasha tells him he's not. Trent is upset and in return tells Natasha that she knows nothing about him. It ends with Trent agreeing to talk with Natasha about what makes him so angry. The next day, he approaches Heather and they decide to pick Without You as their duet song. He is then shown entering Natasha's office just as Jane exits. During Lena's duet, he's shown to be not pleased when Lena sits down next to him. Trent is later shown winking at Lena and looking at her during his duet. Later he's shown having romantic moments with Lena during Together. He's last seen performing Who You Are with Musical Ambition. 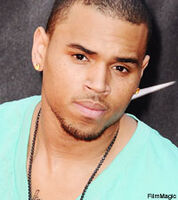 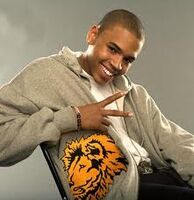 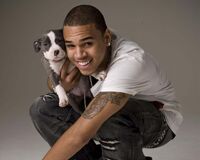 Add a photo to this gallery
Retrieved from "https://gleesamedirections.fandom.com/wiki/Trenton_Brown?oldid=10119"
Community content is available under CC-BY-SA unless otherwise noted.